About Us - Meet Emily

My name is Emily Miller and I am the owner of Dogs at Play. This was the first day care center for dogs in Rochester and it opened in the year of 2000. Since that time I have worked with thousands of dogs. I have grown the business from one small building with two indoor and one outdoor area to two buildings with four indoor and two outdoor areas for the dogs. In addition I have added an area for obedience training as well as an area for bathing of dogs. Over the years I have learned much about the behaviors of dogs but also learned volumes about how dogs interact with each other. I smile when I see the little --- excitedly greet his best friend the much bigger---, and I have learned to identify the signs when someone has had enough and needs a quiet time. While you are your dog's most important friend the social interactions between dogs will also play an important role in the health of your dog.

You may be interested in learning something about my background. I was born at Strong and grew up in the Park Avenue area. I attended city public schools and am a proud graduate of East High. After high school I left for London where I attended Richmond college and worked part time at a Star and Garter Home social club serving beer to the staff and sometimes the resident war veterans. I returned to the states in 1994 and took a job as quality control supervisor at Kinkos while exploring other options. As i always had a love for animals I began to volunteer at Lollipop Farm. This is where I met the young Rottweiler with whom I formed a special bond. Of course I brought him home to my surprised parents. My new friend "Magnus" was clearly very smart but had had no training. This was no surprise as he had been picked up by the Rochester Police Department in a drug raid. Even though Magnus was malnourished and full of worms one could detect an aura of dignity and loyalty. He was a very special dog but needed training in obedience. To accomplish that I signed him up for classes with Bob Minchella, a well respected teacher with a profound knowledge of dog behaviors. Bob became my friend,teacher and colleague. His deep insight into the behaviors of dogs fascinated me. I began to realize that my life would be dedicated to working with dogs. Meanwhile I had signed on as a temporary contract worker at Xerox where I tested hardware and software. When my contract was up I knew I wanted to make the move to working full time with dogs. I had seen Doggy day cares in the NYC neighborhood my older brother lived and thought perhaps Rochester was also ready for one. It took some time to find the right building, learn about zoning codes, apply for variances and permits from the city. In order to obtain the necessary financing to buy the building I had to learn how to write a business plan and also learn about the legal obligations as an employer and care taker of other people's animals. I became well aquainted with my lawyer and accountant.

Since opening Dogs at Play I have continued my education about dogs through seminars and talking to trainers. I have also taken up the sport of Schutzhund which will teach a dog how to track, protect and show obedience. It was through this sport I became aware of the importance of genetic traits that help a dog to achieve its intended purpose and is also true for pet dogs. For the last 16 the years i have worked with just about every breed imaginable and by understanding the dogs innate traits know how to best integrate your dog into a day care setting. For example, if your Border Collie cross is too stimulated by the chaos of a young group it will be moved to a quieter group where the genetics that tell the dog to herd will be less stimulated. The knowledge I acquired I pass on to my staff to make sure that your dog will have the best possible experience while at day care.

Below you will see some photos of the many dogs that have crossed my path since that fateful encounter with Magnus at Lollypop farm some twenty years ago. I look forward to getting to know you and your dog. 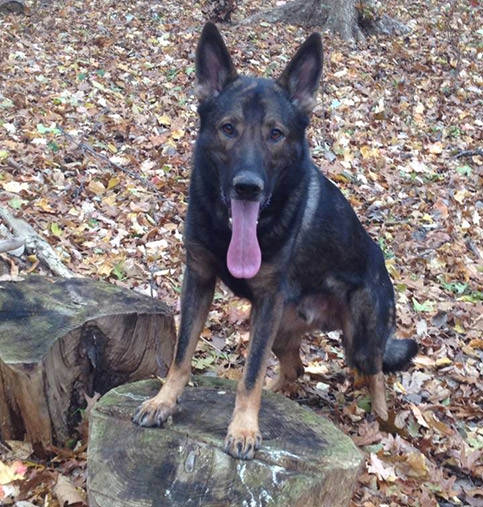 Tre is a German Shepherd Dog I imported from Germany as a puppy in March of 2010. He’s strong tempered boy and showed great aptitude for Schutzhund sport but his career was cut short by a back injury. Before his injury he did achieve his BH (entry level obedience and temperament test), AD (endurance title), and his CGC (Canine Good Citizen) This injury does not prevent him from leading a normal pet dog life and he enjoys his daily hikes in the woods with his friend Little Leets. 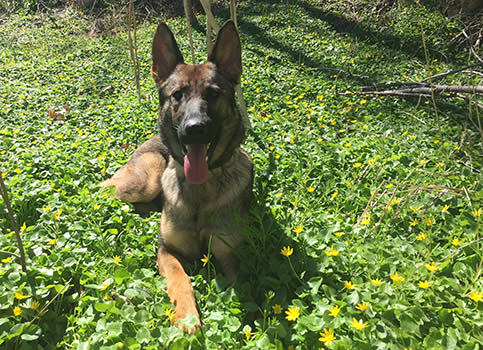 Jojo is a lovely female German Shepherd Dog I imported from the Czech Republic in September 2015. She is a social butterfly with people and dogs and is showing great promise for the sport of Schutzhund. I am hoping to start her career in October of 2016 and trial for her BH. A huge thanks to my friends Richard and Radek from my club Schutzhund Club of Buffalo for helping find such a wonderful addition to my home! 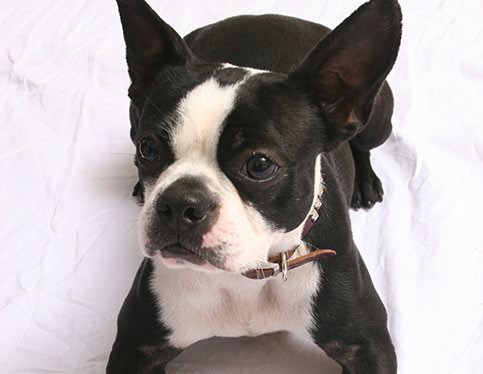 Leets is a wonderful little Boston Terrier I rescued in February of 2006. She is my comedic relief from the world of competitive sport dogs. She is a very playful energetic dog even at the age of 11. She had a rough start before landing in my house and is very bonded to me. Like any good assistant she is always right there with me.